Why I Will Never Get Caught Up

Hi, I’m the Fractalbat, and I’m a book-a-holic.

The problem is that I don’t make enough time to read all the books, so I’m constantly backlogged. Or, as I like to think of it, never without something to read. Every now and then I promise myself that I won’t get any more books until I’ve checked off at least one or two that I already have.

See, on Thursdays I go to SCA fight practice and I have a stretch of time between when I finish work and when practice starts. Enough that I’m at loose ends. Sometimes I take that time to try and put a dent in my backlog of books, but sometimes I just want to walk around and browse. Enter 2nd and Charles, a bookstore I’ve mentioned before.

Believe it or not I’m usually pretty good about browsing in bookstores, what with the cost of the printed word and all. However 2nd and Charles has one bookshelf in their sci-fi section devoted to old paperbacks, and they’re only a dollar each. It’s practically guilt-free book buying, and best of all these are not the kind of books you’ll find on the shelves at your local Half Price Books. No, these are things like old DAW paperbacks and issues of Starlog. Things that clearly came from somebody’s collection.

I like to keep a couple books in the car. I call them my “backup books” for when I get caught with time to kill and nothing to read, or I forget my book when I go to work. But if this keeps up I’m going to need a little bookshelf.

Hmm… Now there’s a thought. Instead of using cup-holders as a selling point, talk about how many paperbacks a car can hold. Maybe redesign the glove compartment. I mean, who actually keeps gloves in there anyway?

Sometimes they have good used gaming books too, though on this visit nothing caught my eye.

Posted by Fractalbat on August 28, 2015 in Books and Comics

Life has been quite hectic recently, which has left less time for blogging and a lot less time for gaming. So posting will continue being less consistent than normal (as if it was ever consistent). However, even though I haven’t been gaming I have had the opportunity to hit some really good stores.

First on the list is Yottaquest. Located on the north side of Cincinnati this is a store I’ve known about for a while but just visited for the first time. It’s a good sized store with a friendly staff who were happy to talk. The front of the store is dominated by Warhammer and similar miniatures displays, as well as popular gateway board and card games. Moving deeper you’ll find a wide variety of offerings to suit whatever geekish tastes you prefer, and in good quantities. Role playing games of all types are represented, including a decent selection of Dungeon Crawl Classics products. Board and war games fill several shelves and there is a generous selection of comics and manga. I am particularly delighted that they sell used and out-of-print games, just the thing to warm my OSR heart. I am impressed by how the store manages to embrace current gaming store trends while keeping an old school game store feeling. Yottaquest is definitely on my “to visit” list for future trips.

Next on my list was re-visiting two of my old haunts. One of Cincinnati’s small communities is Mt. Lookout, which boasts a nice collection of locally owned restaurants and shops. I used to make regular trips down to Mt. Lookout to grab a burger at Zip’s Cafe and hit the stores, but it’s been a good ten years since I’ve last been there. When I found myself in the area with some time on my hands I jumped at the chance to drop by, with two stores in particular as my goal.

Boardwalk Hobby Shop is a nice store with its own distinctive style. The biggest draw at Boardwalk is modeling and there are kits of every type available, as well as all the paints and tools you could want. They don’t carry any miniature gaming figures but they have a better selection of paints and brushes than most stores that are dominated by Warhammer. Aside from the models they also have a good selection of board games, ranging from classic and family games to more “gamer” oriented fare. Boardwalk also offers a section of puzzles, including a better selection of 3D puzzles than I’ve seen in a long time.

Unfortunately for me, since my last visit they have moved away from carrying role playing games. They only offer a small number of 5th Edition D&D books where once two aisles were filled by D&D, GURPS, and Chaosium titles. But if you are looking for a board game, model, or painting supplies, Boardwalk is a good place to visit.

Last is the jewel in the crown, the place I most wanted to visit again, that store which makes my wallet tremble in fear. The Dust Jacket.

The Dust Jacket is not a gaming store, it’s a rare book store. The first thing you see when you walk in are shelves filled with leather bound tomes, set collections, and 1st edition books. Moving deeper you’ll find an impressive collection of books on all subjects. Their world and military history sections are particularly good. This place is a treasure vault for bookworms that goes beyond a simple used bookstore. You’ll find books on World War One written in the 1920’s, poetry books from the 19th century, novels that have never been reprinted, and more.

If we lived in a Call of Cthulhu world this store would either be our last hope or the place where the end of humanity begins.

If I have any nits to pick with The Dust Jacket, it’s that their science fiction section is unimpressive. However the wonderful selection of history books more than makes up for it.

Often when you revisit an old favorite store you find that things have changed or that they aren’t as good as you remembered. In the case of The Dust Jacket, I swear the store is even better than I remembered. I will not let another decade go by without returning, no matter how much my wallet begs me to do otherwise. 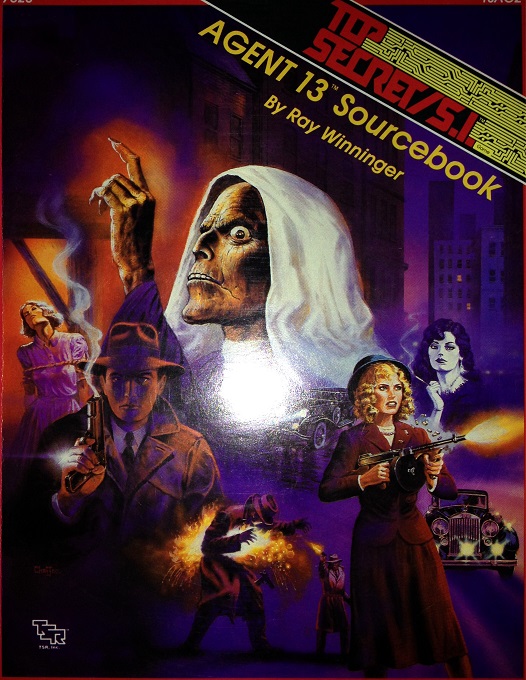 Posted by Fractalbat on March 1, 2015 in Cool Stuff, Gaming, Reviews

Blogging time has been scarce this week, but I’m still here.

Good bookstores have become disturbingly hard to find and even the big chain stores are getting scarce. Matters are worse for me, as we haven’t had a good bookstore in my town for 20 years.

In a university town. How does that happen?!

So I’m always happy to explore a new bookstore. When I find one that excites me I make sure to share the wealth.

Such is the case with 2nd & Charles.

Tucked away in a residential corner of Dayton, Ohio is a quirky old mall called the Town and Country Shopping Center. It’s an odd location that looks like they took an upscale strip mall and covered the front, creating an atrium and making it a pseudo-indoor mall. One of the downsides to this design is that the stores have very little visibility from the outside. I’m an infrequent visitor to the area and I didn’t know there was a bookstore in the mall, until I happened to drive around behind the building and saw its rear entrance. This was a while ago but I didn’t have time to investigate the store until yesterday.

I was very glad I did. My wallet, not so much.

2nd & Charles offers an eclectic mix of treasures. It sells both new and used items that include books, magazines, comics and graphic novels, music, collectibles, toys, new and vintage game systems, and just about any other fandom-related thing they can get their hands on.

The staff are friendly and knowledgeable and the geek is strong with them. I felt right at home. The store is larger than I expected, neat, and well organized. Best of all, it’s full of product. Some stores have a disturbingly small selection despite having plenty of shelf space. Not so here and they make good use of their space without crossing the line into cluttered.

Their supply of gaming materials isn’t large, but it is interesting. Among a few obligatory Pathfinder books I found other items such as 1st edition AD&D hardbacks, a few Rifts books, a smattering of 1st edition Vampire books, and a few more exotic games from the 80’s and early 90’s. Many of these had clearly come from people’s collections, with some wear showing on the covers and occasional margin notes. One book still had several character sheets sticking out of it. It’s obvious the staff saw them when shelving and decided to leave them with the book.

They understand the appeal. They are of our geekish tribe.

They even had a boxed set of MERP, Middle Earth Role Playing, from Iron Crown Enterprises. MERP was a big deal back in the 80’s, being both the official Tolkien role playing game and a stripped down version of I.C.E.’s Rolemaster RPG. Their sourcebooks were excellent and their artwork was always top notch. The box was in good condition and reasonably priced, so it nearly came home with me. If it’s still there next time that may change.

I was particularly pleased with a display of vintage board games. The sign said, “Kids, this is real retro-gaming. All analog!” The games on display included several true classics, such as Star Frontiers: Knight Hawks, The Warlock of Firetop Mountain, and the old Avalon Hill Starship Troopers bookcase game.

In the end I spent slightly more than I should have and much less than I wanted to. Woe be unto my bank account if my next visit is closer to payday.

2nd & Charles turns out to be a modest-sized chain, with 23 locations nationwide. If you happen to have one near you, check it out. If the Dayton store is any indication you won’t be disappointed.

Posted by Fractalbat on September 26, 2014 in Books and Comics, Reviews