There Can Be Only One

In 1st Edition AD&D there’s an interesting quality built into a few of the classes, where not only do they have a hard level cap, but the highest levels are limited to only a select few, with the ultimate level restricted to a single character.

For druids there are only nine level 12 characters, three 13th level archdruids, and a single Great Druid. For assassins there is only one level 14 guildmaster in any local area and a single level 15 Grandfather of Assassins.

Monks have the hardest, but most colorful, road of progression. There are three level eight Masters of Dragons, with only one master for each level after that. This proceeds all the way up to level 18 and the Grand Master of Flowers. This creates an interesting case where progression is limited sooner for monks, but they also have a higher final level cap. I’d love to know if that was a design choice or curious accident.

For a character to proceed into the higher levels they must replace a vacancy in the ranks, or they must challenge and win against the current holder of that level. These duels may not be fatal, and the losing combatant is reduced in experience to the lower level and may challenge up again once enough experience points have been earned. For assassins the duel may not be direct, as arranging for the assassination or other form of removal of the rival is also acceptable.

The result is some fun built-in plot hooks. It’s certain that the higher level members of each class will be keeping an eye on the up-and-coming rivals. Depending on the individuals involved they may seek to eliminate potential rivals before they get too powerful, or nurture them to be a worthy successor. I’m particularly intrigued by this for the monk class, no doubt because of my love for the Shaw Brothers films. I talked about my renewed interest in the monk class in this post, and the interest hasn’t waned over time.

I think it would be particularly fun, and appropriate, to have a party with more than one member of one of these classes. In keeping with the fine tradition of Kung Fu movies I’d think monks would be the most fun, but any of the classes would work. The players might start out like brothers, standing together against the world. What would happen over time, as they close in on those limited levels? Would they turn to bitter rivalry? Would they undercut each other? Would their rivals above and below seek to breed distrust between them? Or would they find a way to rise above it all?

And what would happen with the rest of the party? 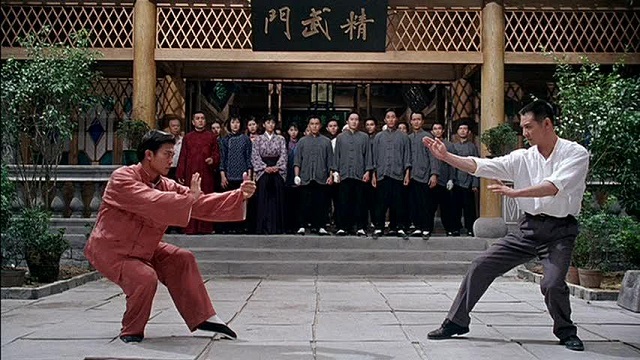 If you’ve ever had something like this in your campaign, please let me know. I’d love to hear the stories!

Posted by Fractalbat on April 21, 2016 in Fantasy, Game Design and Mechanics, Gaming