Two years after the target date I now have the final .PDF files from Dwimmermount on my hard drive and I’ve seen pictures of the hard copy proof on the backers’ updates.

I talked a fair bit about this famous OSR megadungeon and the infamous Kickstarter project not too long ago. It became a major cautionary tale for Kickstarter projects in general and the OSR in specific. I’m glad that I may finally be holding this product in my hands soon, both because I love megadungeons and because of the impact Grognardia has had on my gaming. It’s also an amazing testimonial that Alexander Macris and the folks at Autarch have been able to keep this project alive and get it into the hands of the backers. That’s something that cannot be said for many other OSR Kickstarter fiascoes and for this they have my thanks.

I’m holding off on true glee until I have a physical book in my hands and there’s always the lingering concern that it won’t hold up to my hopes. I’m too jaded at this point for more than guarded optimism.

But guarded optimism is more than I had a few months ago.

And in the meantime I have my new Sentinels Tactics set to play with! 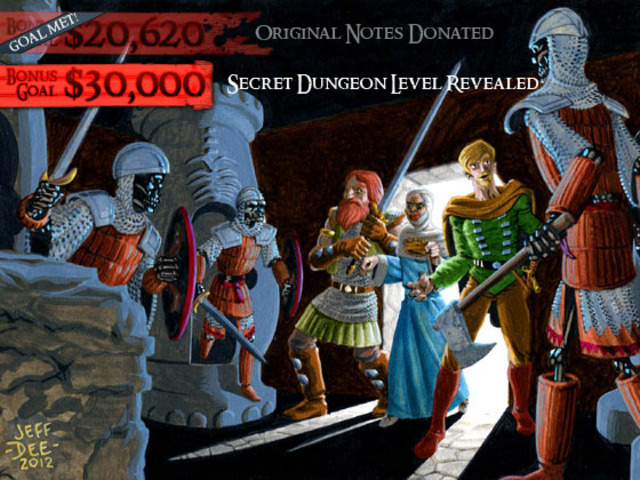 Posted by Fractalbat on August 14, 2014 in Uncategorized